Americans lost the ability to buy a new Detroit-made convertible starting in the 1977 model year (unless you count aftermarket conversions), not regaining it until drop-top Chrysler K-Cars showed up in showrooms in 1981. This gave convertibles a certain magical quality that lasted for quite a while here, and so it seemed to make sense for GM to offer an open-air version of the Geo Metro. Here’s one of those cars, spotted in a self-service yard in northeastern Colorado. 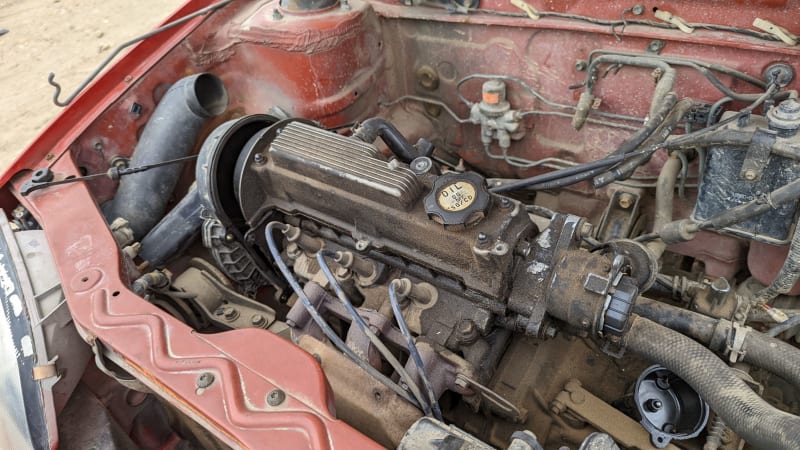 The Metro was really a second-generation Suzuki Cultus, successor to the 1985-1988 Chevrolet Sprint. While a four-cylinder engine became available in the later Metro (which got Chevrolet badges when the Geo brand got the axe in 1997), all Chevy Sprints and early Metros got this 1.0-liter three-cylinder engine. 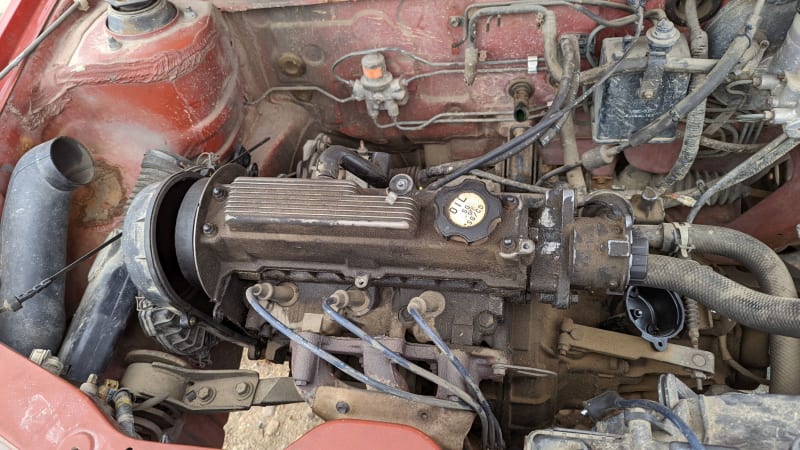 You’re looking at 55 Suzuki horsepower here. The XFi version of the Metro (not available with a convertible top) managed to get better than 60 highway miles per gallon with an engine rated at 49 horsepower. 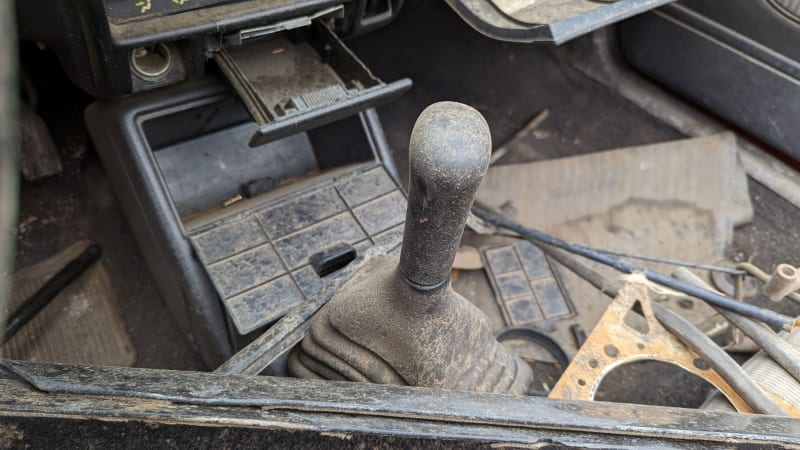 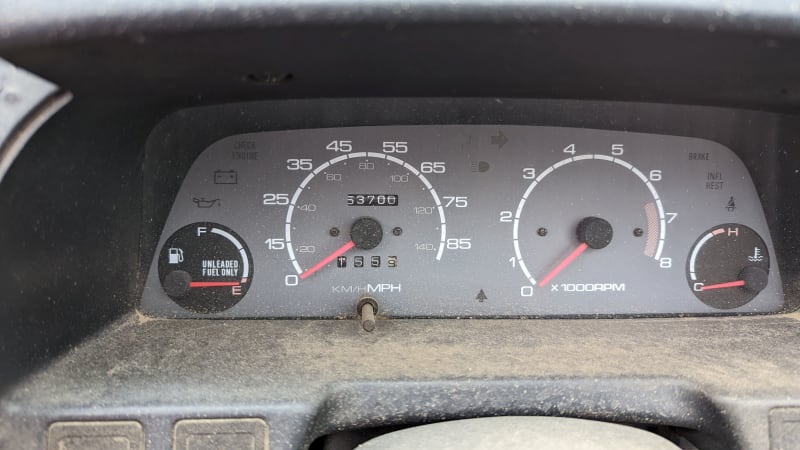 Do you like simple instruments in cars? You’ll love the Metro! 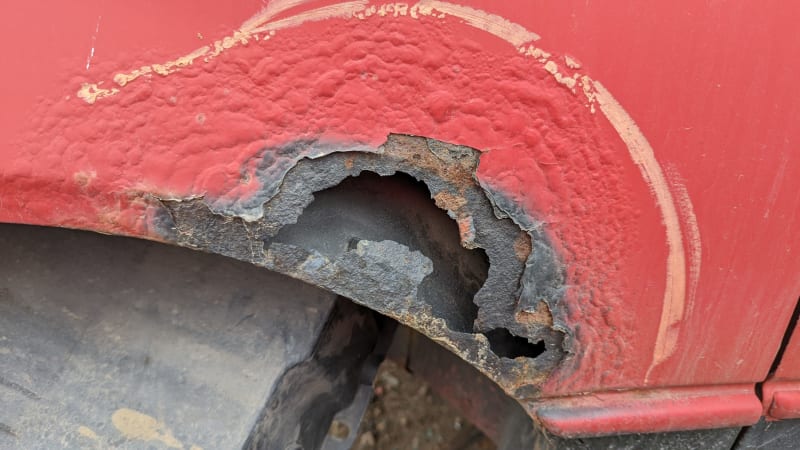 This one is good and rusty, with some really scary corrosion underneath. I think it sat in a field, buried to the axles, for many years. 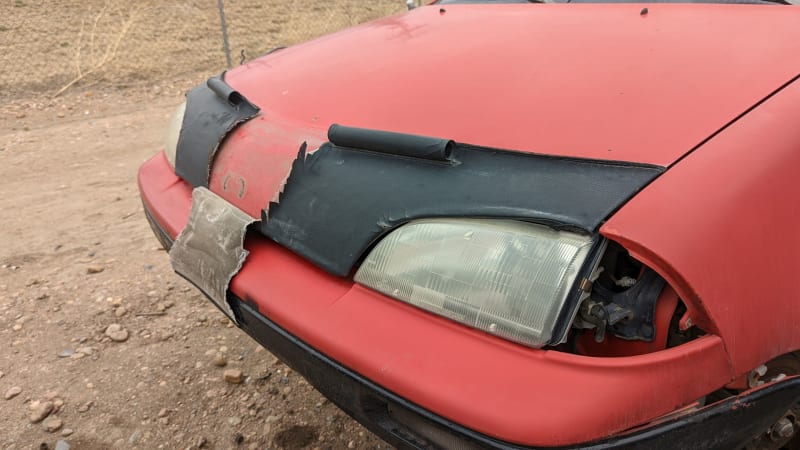 However, the bra tells us that it once had an owner who loved their then-shiny red convertible. 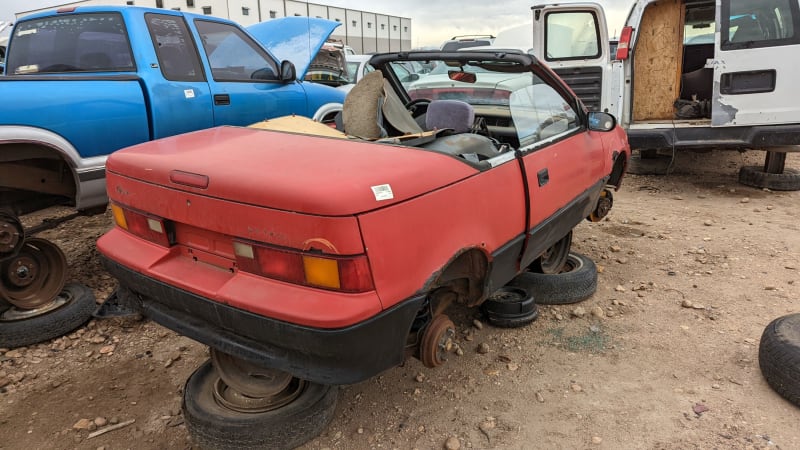 How much? No way!