Avert your eyes, Blue Oval fans. From the looks of things, there’s one fewer Ford Bronco on the road today than there was last week. And that’s because the Bronco we’re focusing on today is in the water, not on land. The photos you see here were taken by Kip Wing of Aerial Aesthetic in Maine, near Bar Harbor. The driver of a Bronco was reportedly attempting to drive in the sand at low tide between the coast and Bar Island when they got stuck and couldn’t get out ahead of the rising tide.

The result? One sunken Ford Bronco. Fortunately, reports indicate the Bronco’s occupant(s) got out safely.

According to a few sources cited by The Drive, locals say the driver of the Bronco was doing donuts in the sand, which goes a long way toward explaining how they got stuck in the first place. As you can see in the video above, a pair of pickup trucks tried to free the SUV from its sandy grave using tow straps, but gave that up when one of them snapped. 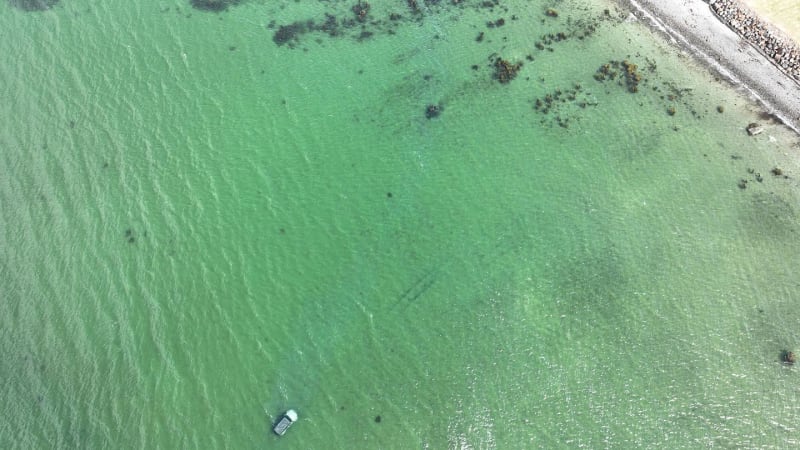 The Bronco has since been floated using buoyancy bags that a diver attached to the vehicle from underneath. The next step, according to Island Towing, is to attach more ropes and get it pulled into an area that can be accessed with a heavy duty wrecker. Here’s hoping that all takes place without any further environmental damage to the coastal area.