Hi. I’m Byron and I love V8s. I want them to stick around for a long, long time. But not all V8s are created equal, and I will not mourn the passing of the modern Hemi. You shouldn’t either. While we may agree that its death is untimely, if you ask me, that’s only because it came far too late.

Stellantis’ announcement of its new, turbocharged inline-six that is all but guaranteed to kill off the Hemi V8 has led to quite a few half-baked internet takes. The notion being suggested by some, that automotive media were brainwashed into believing the Hemi was in need of replacement, is so far divorced from reality that I openly guffawed at the notion.

Journalists have been challenging Chrysler, FCA and now Stellantis for years to deliver better high-performance engines. The response has always been the same: “Why?” Why replace a heavy V8 with a lighter, all-aluminum one? Why repackage powertrains for smaller footprints and better handling vehicles? Why be better when “good enough” sells really, really well?

I too mourn the departure of good gasoline-burning engines, but since when was the Hemi one? Here’s a quiz: Name every SRT model with an all-aluminum engine. Time’s up. If you named any, you failed. They don’t exist. This isn’t GM’s compact, lightweight small-block, nor is it a DOHC Ford Coyote that at least revs high enough to justify its larger footprint. The Hemi is an overweight marketing exercise that happened to be in the right place at the right time. That time was 2003, when Chrysler was still Chrysler — except it was Daimler-Chrysler and the “merger of equals” was doing a bang-up job of bleeding the company’s cash reserves dry while doing virtually nothing to address its mounting legacy costs.

“That thang got a Hemi?” was emblematic of the whimsical, nostalgia-driven marketing of the colonial half of the “marriage made in heaven.” That was 20 years ago. 20 years prior to that, emissions-choked American V8s were circling the drain faster than a soapy five-carat engagement ring in a truck stop sink. Never you mind the fact that the Hemi wasn’t even a real Hemi, nor that it was destined for cars with interiors that might as well have been cobbled together from balsa wood; the first time I saw a Charger R/T on the road, like many Americans, I was instantly sold.

The Hurricane I6s aren’t just incrementally smaller or lighter than the Hemis they’re destined to replace because they’re making up for more than two decades of investment torpor. The standard-output I6 weighs 430 pounds; the high-output adds just another 11. Fully dressed 5.7-liter V8s are in the 550-560-pound ballpark, and 6.4-liters close in on 600 pounds. I owned a 2013 Challenger SRT8 with the 6.4-liter lump that is due to be replaced by the beefier of the two Hurricane variants. No, the High Output model is not meant to be a Hellcat replacement; don’t be deliberately obtuse.

Yeah, it made a decent noise (though I maintain that the 6.1’s stock note was better) but at the end of the day, the 6.4-liter Hemi was good enough in a market that was churning out some great V8 engines. Remember when we were supposed to buy that the SRT8 was a GT500 or ZL1 equivalent, back before Scat Packs and Hellcats, when the 5.7-liter had to do battle with the then-new Coyote and GM’s still-excellent small block? 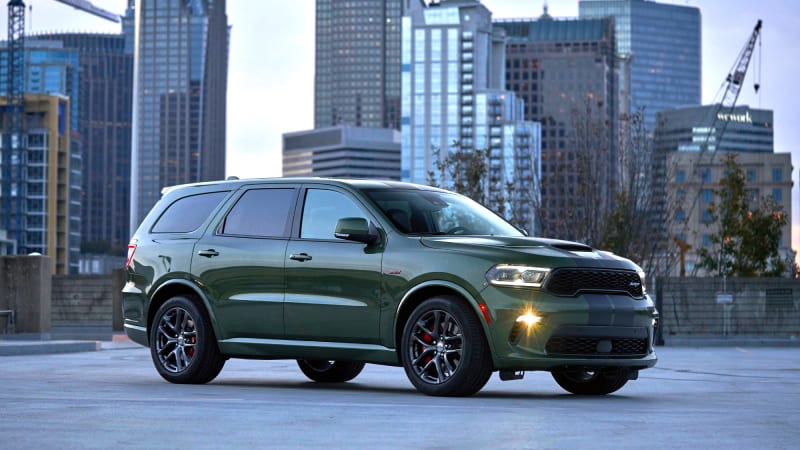 Hell, the Hemis don’t even do the job better than Stellantis’ other existing powertrains. The Jeep Wrangler Rubicon 392 weighs the same as the plug-in hybrid 4xe — 5,100 pounds. And for that, you get bragging rights, noise, and a tire-limited top speed of 99 mph. Hey, at least it’s cheap! Oh, right. The new Grand Cherokee is a full second slower to 60 with the 5.7-liter Hemi than it is with the new hybrid powertrain despite weighing less. What good is that V8 engine note if there’s nobody behind you to hear it?

“Hey moron, trucks exist,” you say. Indeed they do. And in something that big, sure, weight is tertiary to reliability and durability. And I suspect the Hemi will live on for those applications longer than it will elsewhere. The Coyote hasn’t yet been entirely displaced by Ford’s EcoBoost lineup even after a decade of development. If anything, the Hurricane’s existence is good news for V8 Ram buyers, because it reduces the pressure on Stellantis to try to shoehorn both its physical girth and its carbon footprint into the company’s smaller trucks and SUVs. While Hurricane will need scale to succeed, Hemis have long since been paid for, so they can stick around where they make sense — so long as they continue to pass smog tests, at least.

You don’t need to convince me that the internal combustion engine will be around for a long time. Yes, we need to reduce our dependence on oil (foreign or otherwise, unless you’re advocating state control of the U.S. energy sector) but forcing consumers into the current crop of battery-electric vehicles is untenable. America is simply too big and its population too spread out. EVs are not a serviceable solution just yet — but they will be. In the meantime, Hurricane gives Stellantis a powertrain platform from which it can further electrify every longitudinal platform in its American portfolio.

Go ahead and scoff, but it’s here — the point at which a critical mass of automakers have pivoted from long-term ICE to EV development. It won’t be long before a critical mass of buyers will find themselves gravitating toward electrified options. Just look how many buyers walked away with Jeep Wrangler 4xes over the past year and a half, and none of them with guns to their heads. They found out they liked it, the same way they found out they liked sex, drugs or rock n’ roll — they tried it. Some day, you will too. Don’t worry; it’s our little secret.

The longest bridge in North America is not between two land masses, but rather between our gas-guzzling present and an electrified future. The Hurricane exists to get Jeeps, Rams and — fingers crossed — Dodges across that span. It’s OK; lots of drivers get nervous crossing bridges. Just stay to the right and let the rest of us pass.