Chrysler’s Airflow electric crossover returned to the stage in New York Wednesday in a new exterior finish as Chrysler’s development engineers creep closer and closer to their goal of taking the brand all-electric by 2028. The brand’s first electric vehicle is due by 2025, and some variant of this definitely-not-a-revived-Celine-Dion-era-Pacifica-crossover thing is likely to be it.

This version of the Airflow is dubbed “Graphite” and is the iteration Chrysler teased ahead of the show, but as we expected, not much of substance has really changed. Perhaps that’s because this concept isn’t yet particularly substantial. That’s the beauty of an EV; once you have the basic design nailed down, the rest is really just an elaborate Lego project. Chrysler’s builders are evidently still hard at work putting together a final product that lives up to the initial hype and range target of 400 miles on a charge.

In the meantime, the design team has been tweaking the looks. As we saw in the teaser, the updated Airflow gets a new grille design with a thin light bar at the Airflow’s nose and acute beneath flanking the headlights forming a symmetrical pair of lightning bolts (gee, d’ya suppose it’s electric?) aimed at the car’s nose. The lower fascia appears a bit more sharply defined too, but it could just be the lighting. 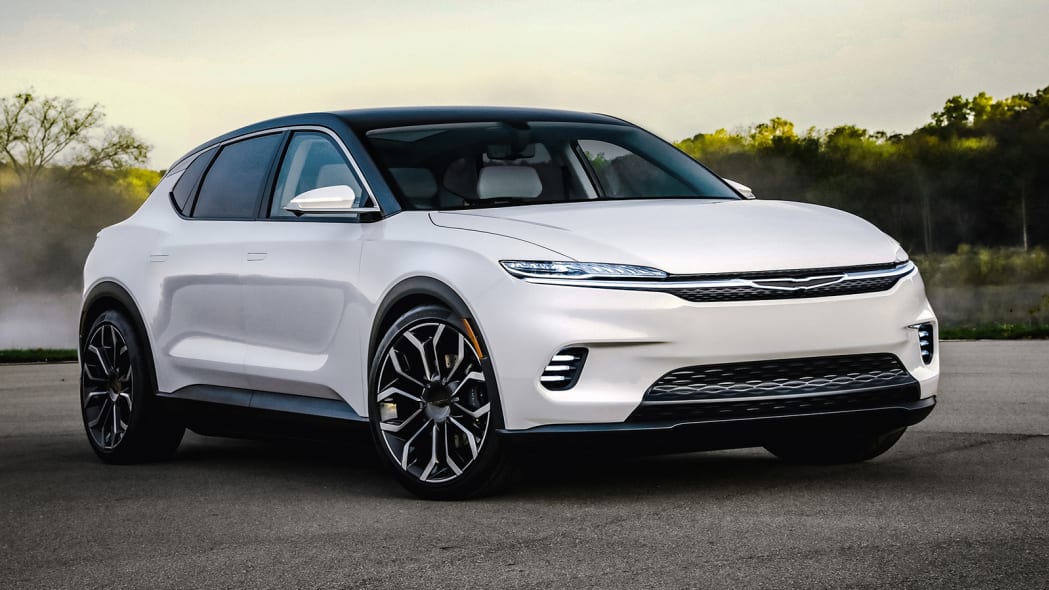 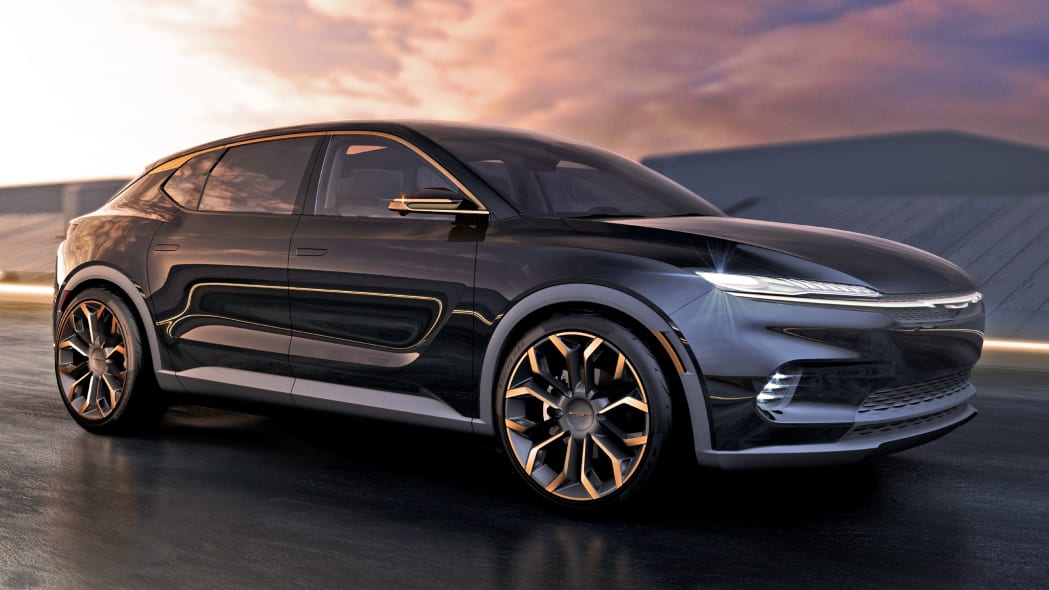 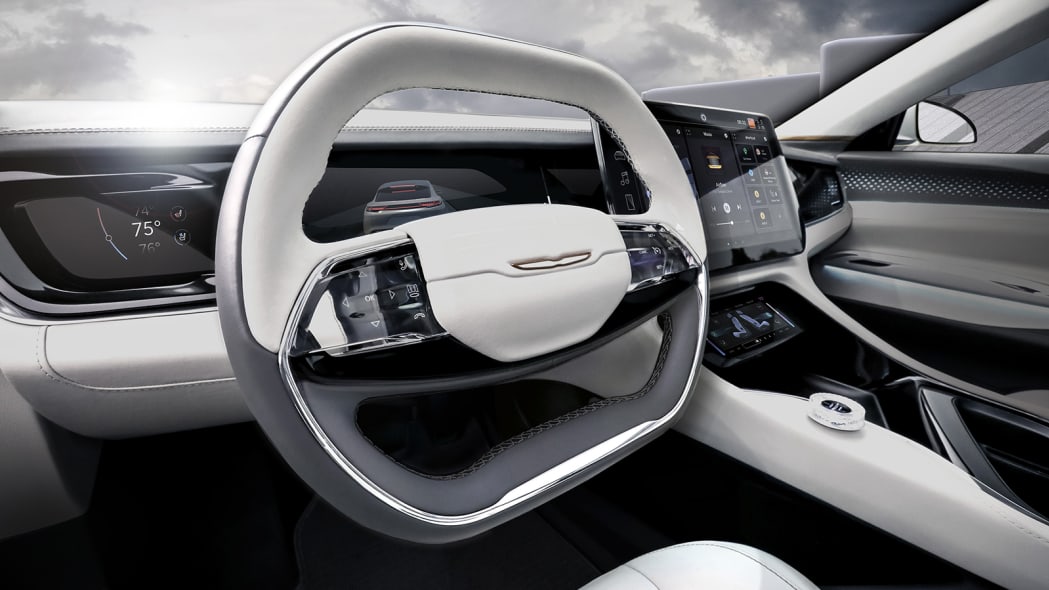 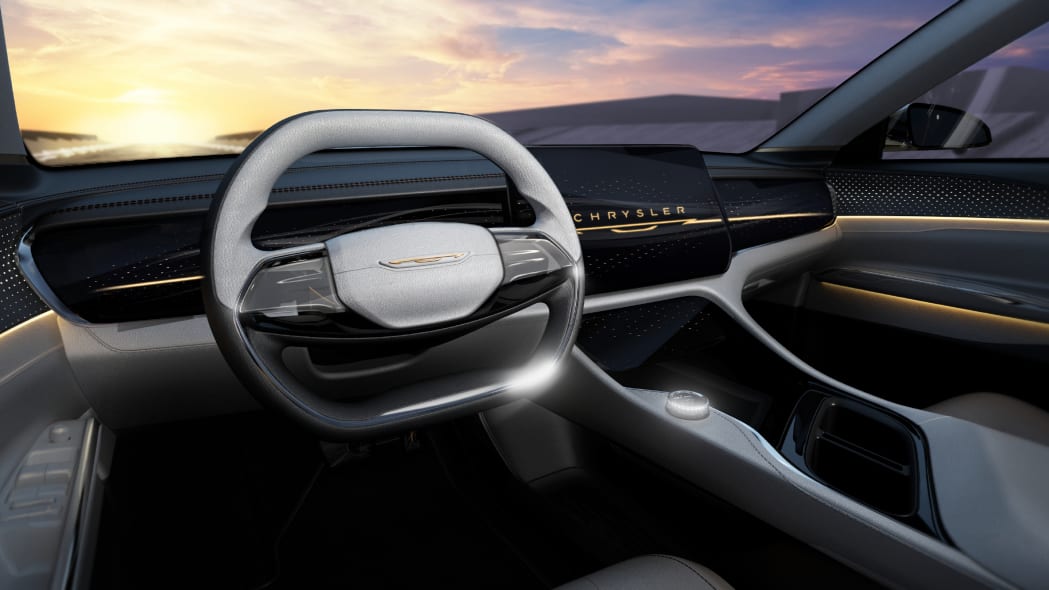 The updates to the exterior are repeated inside on the wheel and dash, which have also had their colors inverted from the concept we saw at CES. Some of the interior details have also been tightened up from what we can see here. The selector dial on the center console appears to be more compact, as does the primary infotainment screen (though again, that could be a trick of the “photography”).

The secondary display beneath the main infotainment screen has also been eliminated. We’re guessing those controls have either been integrated into the main screen or as touch-sensitive elements hidden in the glossy plastic where the screen once was. The same was done to the steering wheel controls, it seems. Where the previous concept had what appeared to be production-style touch controls, the updated one has blank plastic; the control surfaces are now likely done strictly through illumination or even a dynamic LED interface.

This certainly isn’t the last we’ll see of Chrysler’s new battery-electric concept before its eventual on-sale date, so stay tuned for concrete specs and production expectations.