Soft-roading three-row crossovers are growing in number — Ford Explorer Timberline, Honda Pilot TrailSport — and now you can add the 2023 Nissan Pathfinder Rock Creek, debuting at the New York Auto Show, to the list.

The Rock Creek is a special trim with a few key modifications to make it perform slightly better off-road, but don’t think this turns the SUV into a rock-crawling world-beater. The most impactful modifications to the Rock Creek include an off-road-tuned suspension with a 5/8-inch lift and all-terrain tires wrapped in off-road wheels with a bead-lock appearance to them. Nissan does not quote any updated ground clearance numbers, but we can see the air dam remains in the front, so don’t expect any big numbers.

Beyond those mods, Nissan gives the Rock Creek its own front fascia design with a unique grille and three-hole top cutout. It’s a bit more aggressive looking than the standard Pathfinder, giving the Rock Creek a character of its own. You’ll notice the prominent Rock Creek badging on the liftgate and also placed along the lower part of the front doors. Nissan rounds out the exterior changes with a tubular roof rack rated at a 220-pound load capacity.

Mechanically, the Rock Creek can make a smidgen more power than the standard Pathfinder thanks to revised fuel mapping that allows the engine to take advantage of running premium fuel. This means the 3.5-liter naturally aspirated V6 can make 295 horsepower and 270 pound-feet of torque, increases of 11 in both horsepower and torque. Max towing remains at 6,000 pounds. 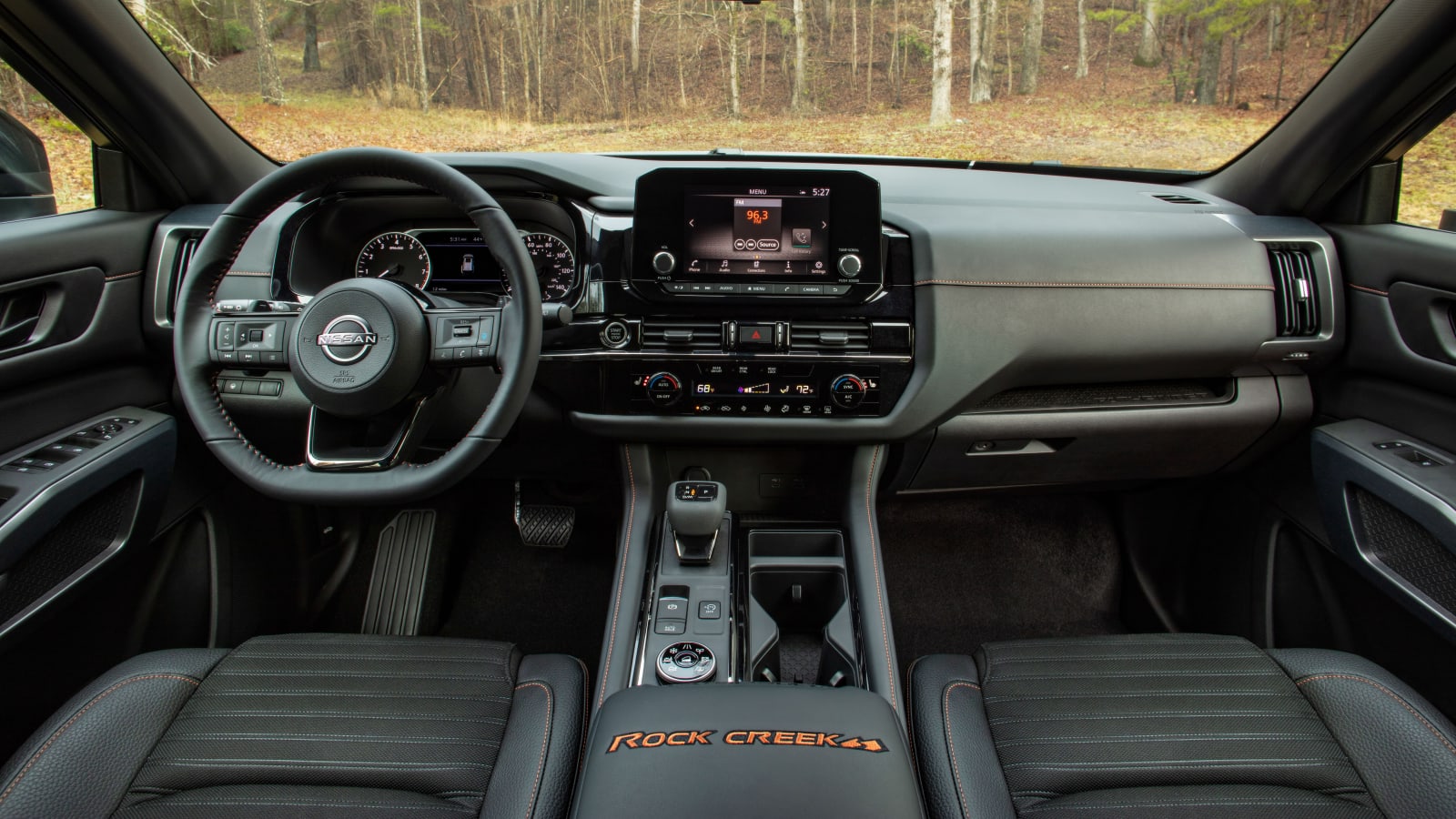 On the interior, Nissan gives the Rock Creek its own leatherette/fabric seating material and embosses the seats with the Rock Creek logo. Orange contrast stitching is seen all over the inside, decorating the seats, steering wheel, instrument panel, center console and door panels.

Nissan didn’t provide pricing, but says it will go on sale this summer alongside the rest of the 2023 Pathfinder lineup. You’ll have the choice of six mono-tone and four two-tone exterior combinations when the Rock Creek hits dealers.