In addition to its full-blown concept cars and some builds from previous SEMA and Easter Safari events, Jeep is bringing along two showcase builds that were customized exclusively from Mopar’s Jeep Performance Parts catalog. Don’t worry; even in this crowd, Jeep managed to make its new JPP show cars stand out. 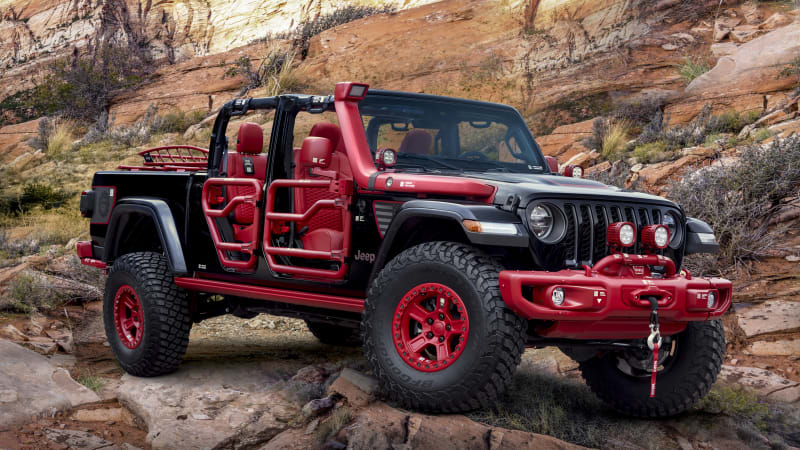 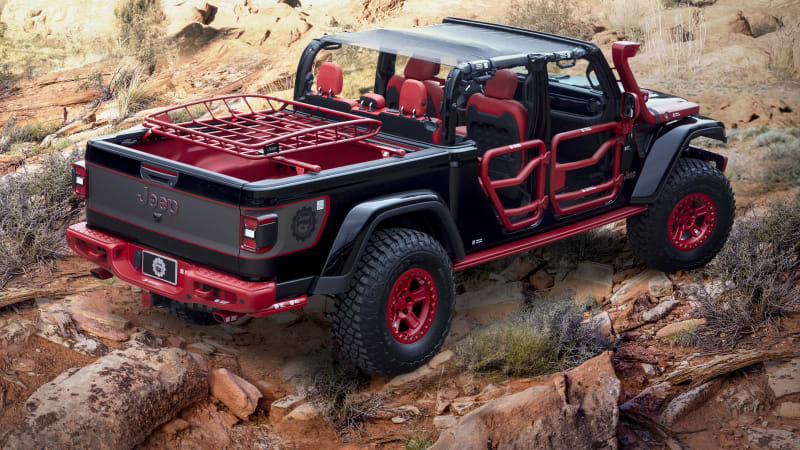 Jeep Performance Parts wanted to make it super easy for eager owners and fans to browse its parts catalog, and what better way to see how a part will look on the final product than by actually displaying it that way? The D-Coder does just that, and you’ll note that each of its 35 JPP-specific parts is painted in a matching Maraschino Red and labeled with a QR code that leads straight to the part’s online catalog entry. That’s one clever marketing tool. 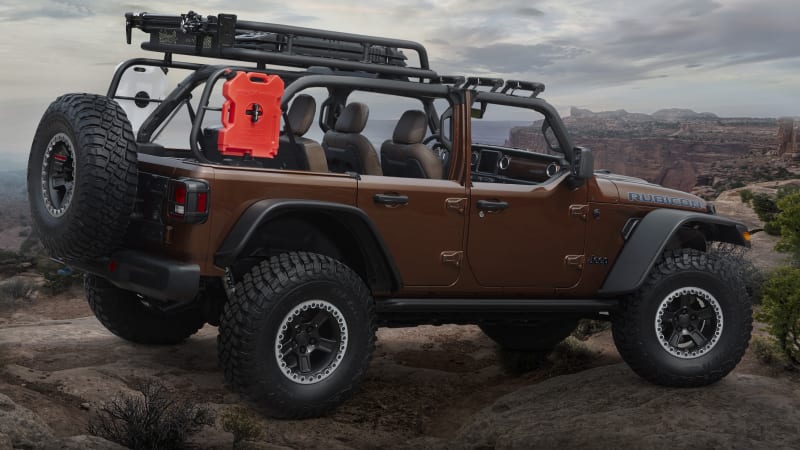 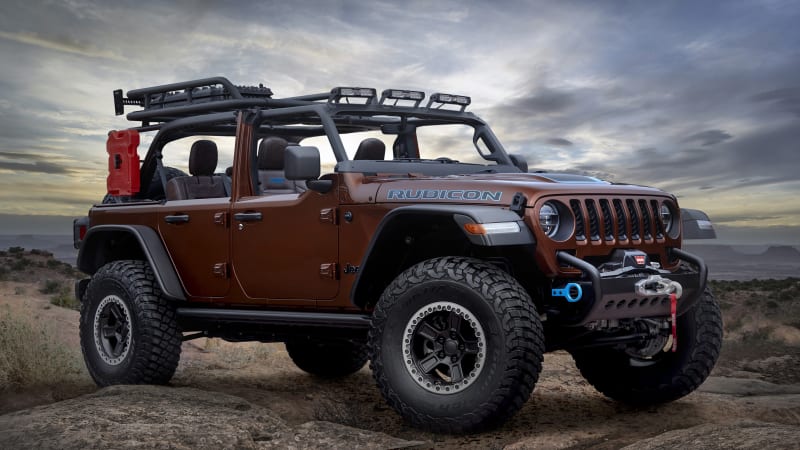 Jeep says the Birdcage was built to be a “wide-open-air extreme 4×4 machine.” That doesn’t really say much, but this 4xe-based Wrangler has quite a bit going on. Its 2-inch lift kit includes Fox shocks and was specifically tuned for the 4xe (which doesn’t have an Xtreme Recon package … at least not yet) that allows it to clear 37-inch tires. Birdcage is also equipped with custom skid plates, beadlock-ready wheels wrapped in BFGoodrich KM3s, and a custom trunk designed to keep personal items safe while the top is removed.