This year marks the 60th anniversary of British audio brand Marshall Amplification, and the company is celebrating with a special version of another British icon with the help of David Brown Automotive. The result is a limited run of David Brown’s Mini Remastered Marshall Edition, packed to the gills with equipment and design references to the audio company.

The Mini Remastered is painted entirely black, even most of the chrome trimmings. Gold accents such as the stripes, grille and wheel rims complete the Marshall look. The grille itself is also made to look like the grilles on Marshall speakers. 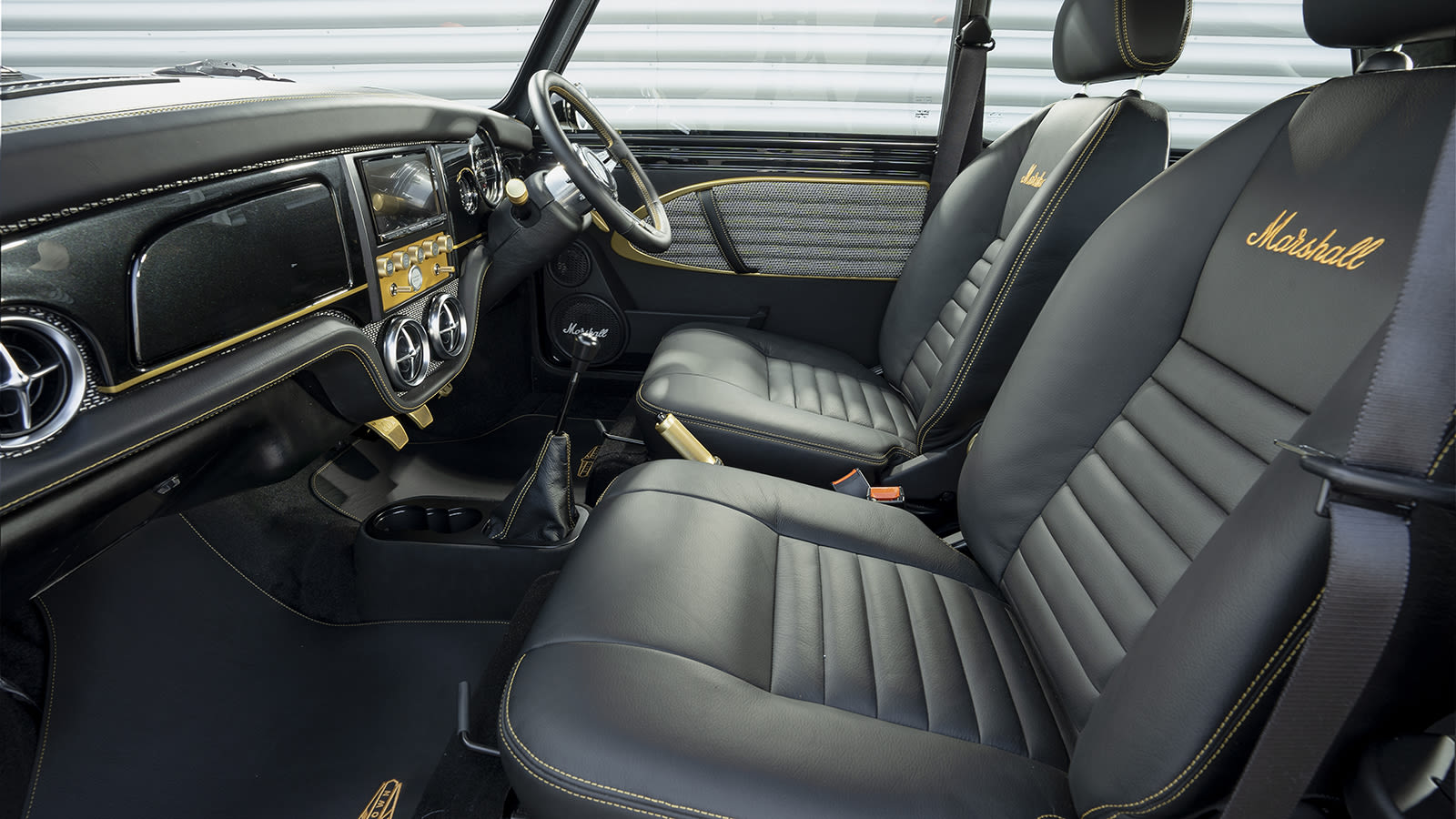 The interior turns up the Marshall influence to 11. Even more gold accents appear from the stitching to the knurled control knobs and handles. The door panels feature fabric sections designed to match the speaker covers of Marshall amplifiers. The sound system features a Pioneer head unit, but all the speakers are from Marshall, including lower units with the signature white logos. Inside the glovebox is a pair of wireless Marshall headphones that sit atop a wireless charging point. And finishing it all off are the pedals with skip track (clutch), pause (brake) and play (gas) symbols.

The trunk is the highlight of the car, though. It contains a Marshall guitar amplifier with its own power supply so that you can rock out wherever you park. A Marshall Bluetooth speaker is also packed into the back, in case you need tunes somewhere else.

Only 60 Marshall Editions will be built. They all come with a 1.3-liter four-cylinder making 83 horsepower and 98 pound-feet of torque. The only transmission is a five-speed manual. Both left- and right-hand drive models are available. Pricing hasn’t been announced, but part of the sales will go to a British charity called Music Venue Trust that has been providing concert venues funding during the pandemic. David Brown Automotive is taking reservations now, and deliveries will come later this year.