As someone who spent much of my early 20s daily-driving a 1973 MGB-GT, it always makes me a bit sad to see yet another MGB showing up in a self-service car graveyard. Unfortunately, most MGBs in America end up spending decades decaying in driveways or back yards, and they appear regularly in the self-service wrecking yards I frequent. Here’s a once-cheerful red ’79 B in a yard located in the shadow of Pikes Peak in Colorado. 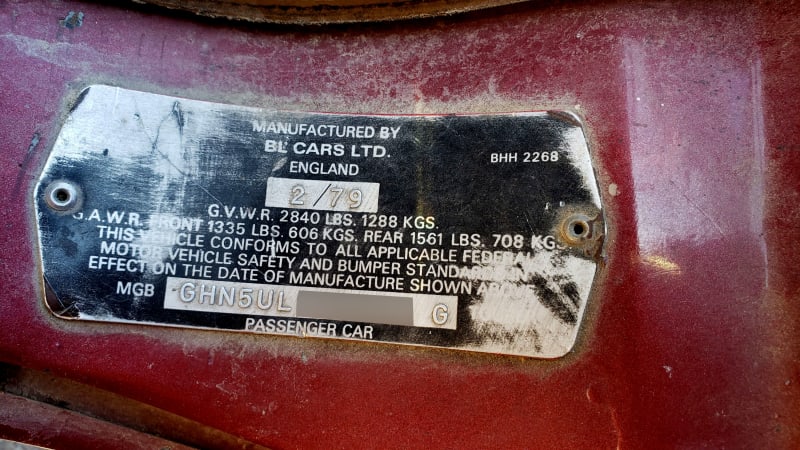 The MGB was the successor to the MGA, and it stayed in production in more or less the same form from the 1963 through 1980 model years. Once British Leyland absorbed the lion’s share of British car manufacturers starting in the late 1960s, the MGB had to compete against its Triumph rivals from within the same company. 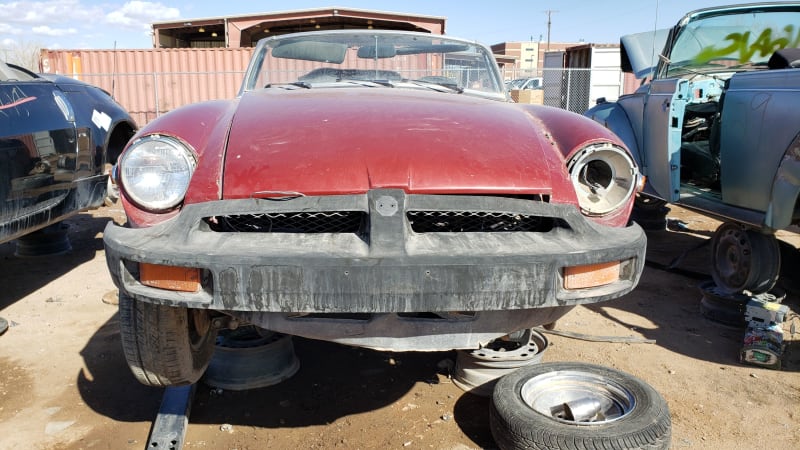 American emission-control, crash-safety, and headlight-height regulations of the 1970s were not kind to the MGB. All MGBs built in 1974 and later got these great big plastic snouts (1974 models built in 1973 got the nice chrome bumpers), and the ride height had to be raised by a full inch in order to get the headlights high enough off the tarmac to please the Feds. “Black-Bumper” MGBs are worth much less than the earlier cars. 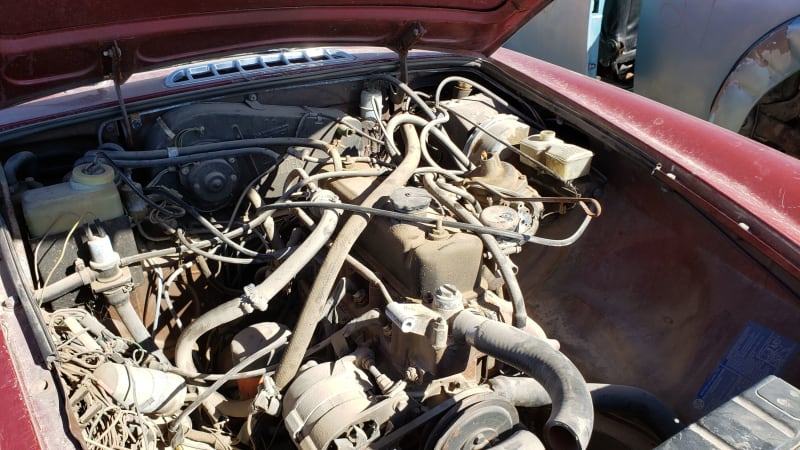 The MGB was never particularly powerful, but the BMC B-Series pushrod engine proved to be quite sturdy (trivia fact: the Nash Metropolitan also used the B engine, with less displacement than this 1.8). In 1979, this engine was rated at 62.5 horsepower, and the fact that British Leyland felt compelled to claim that extra half-horse tells you everything you need to know about the gloom of the Malaise Era. 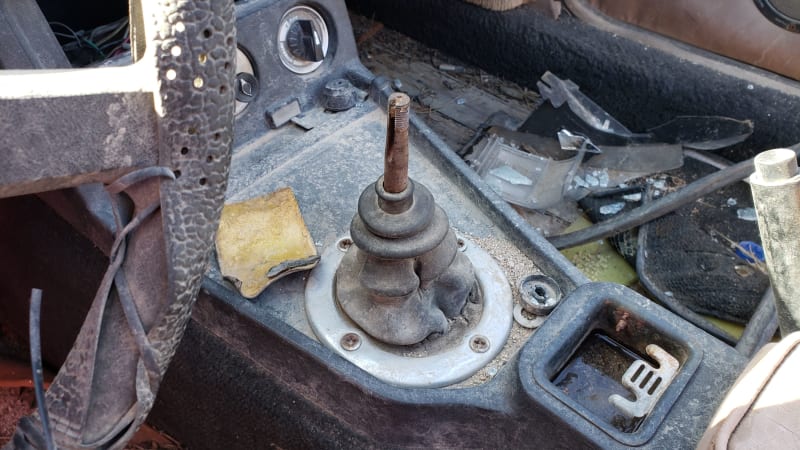 The MGB’s biggest American sales rival usually was the Fiat 124 Sport Spider, but by the late 1970s the Fiat had a much better power-to-weight ratio than the MGB: 26 pounds per horse versus 37. The 2022 Mitsubishi Mirage carries just under 27 pounds for each of its horses, so you get the idea of how slow the ’79 MGB (not to mention the ’79 Fiat Spider) was. 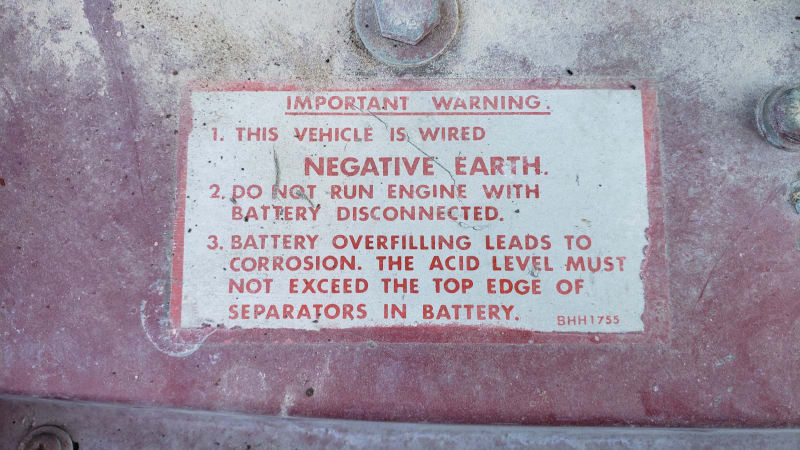 As anyone who has ever owned a British Leyland product knows, the big weak point of the MGB was the Prince of Darkness electrical system. The chassis and powertrain were pretty tough, though of antiquated design, but chasing electrical gremlins in these cars is good for teaching patience. 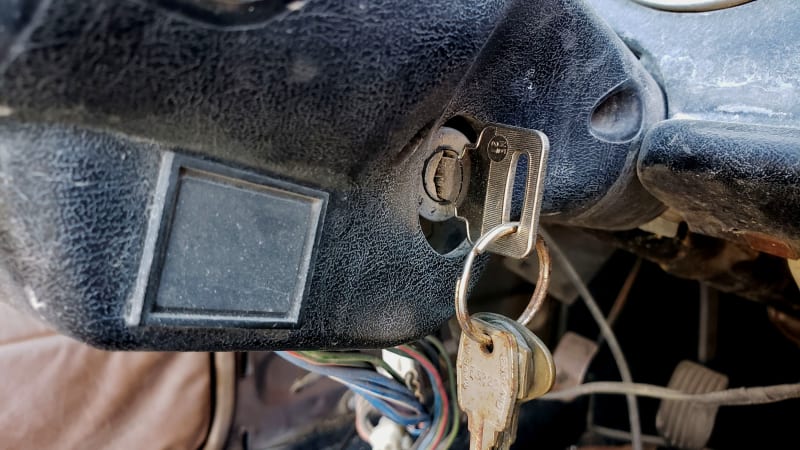 The keys were still in it when it got here. That suggests a project car that got dumped when it got in the way of the garage or driveway. 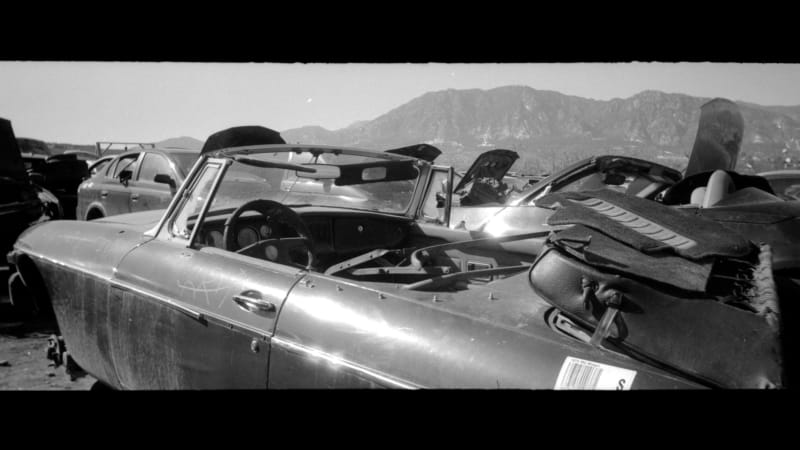 I happened to have a late-1980s-vintage Ansco panoramic 35mm film camera with me when I saw this car, so here’s a shot with the Rockies in the background.

Stop by the dealership to look at a Midget or MGB and get a chance to win a 1948 MG TC!

Here’s an American-market ad for the earlier chrome-bumper MGB.

Great cars and a great deal more from Leyland Cars.