While the 1958 Toyopet Crown was the first car officially sold by Toyota in the United States, and the 1966 Corona the first big Toyota sales success here, the Corolla is the car that really put the Toyota brand in the American mainstream. The first new Corollas became available here in the summer of 1968, and the skyrocketing fuel prices of the 1973 Oil Crisis quickly jolted Corolla sales. The third-generation Corolla, sold here for the 1975 through 1979 model years, flew out of American showrooms and was ubiquitous on American streets well into the 1990s. They were simple and reliable, but they rusted quickly and very few remain today. Here’s a rare ’79 Corolla Deluxe Liftback that survived to age 43 before ending up in a self-service yard just south of Denver. 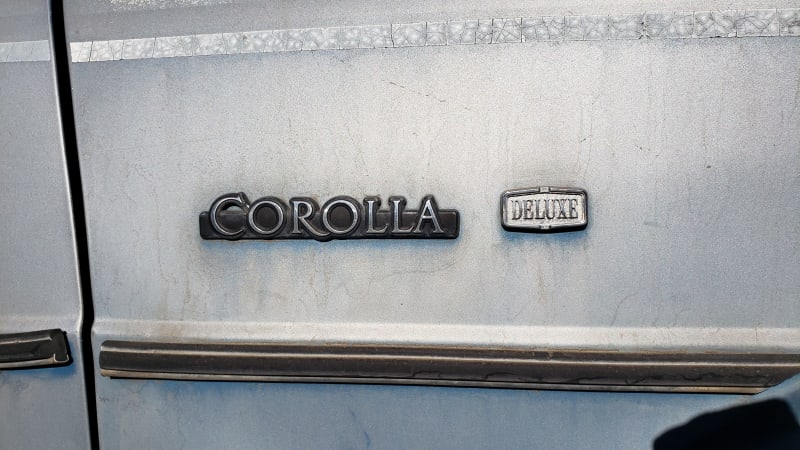 The Deluxe Liftback was the second-to-the-top trim level for the ’79 Corolla, just below the swanky SR5, and the MSRP on this car started at $4,928 (about $20,470 in 2022 dollars). If you wanted the absolute cheapest new Corolla that year, you could get the bare-bones two-door sedan with four-speed manual transmission for $3,748 (around $15,570 today). 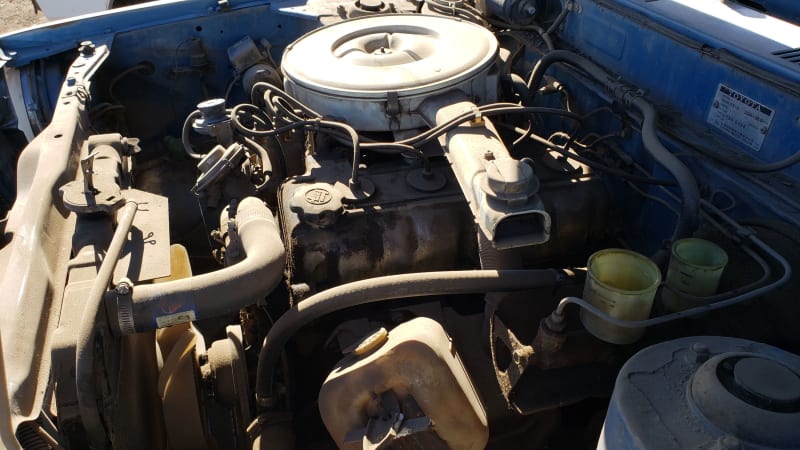 The entry-level Corolla had the tiny 1.2-liter engine (later used in US-market Starlets) and offered a mere 58 horsepower (yes, you could do even worse back then, but not much worse). The more upscale ’79 Corollas got the legendary 2T-C engine, displacing 1.6 liters and generating a mighty 75 horses. That’s what we’re looking at here. 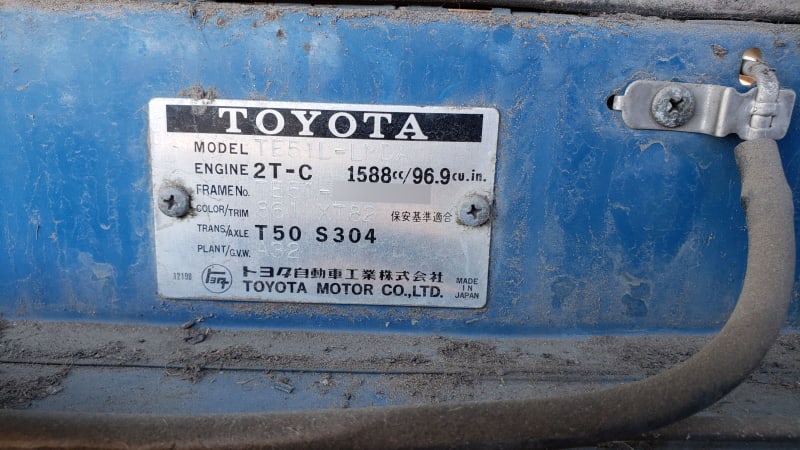 The 2T-C was an old-fashioned pushrod unit, but it got excellent fuel economy and proved to be extremely reliable. All Corollas sold in the United States were built in Japan prior to 1985, when Corollas badged as Chevrolet Novas began rolling off the NUMMI line in California. 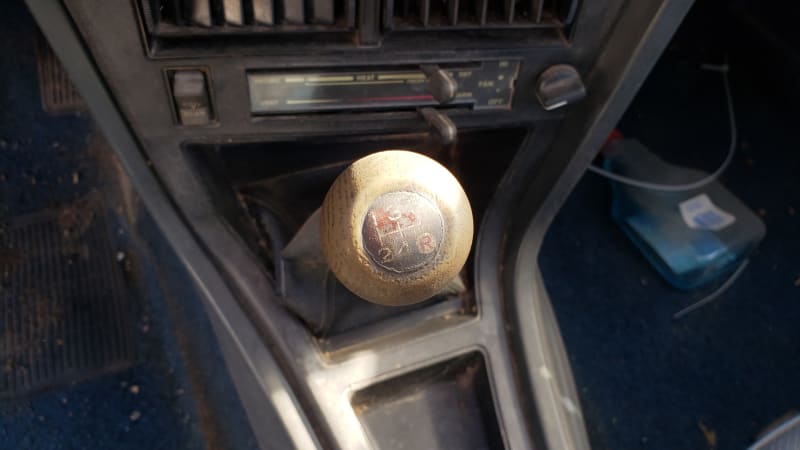 With rear-wheel-drive and a five-speed manual transmission, this car would have been reasonably fun to drive by late-1970s standards. If you wanted the automatic transmission in your new Deluxe Liftback, it cost an extra 215 bucks ($893 now). If you wanted air conditioning, the price tag came to $560 ($2,325 today). 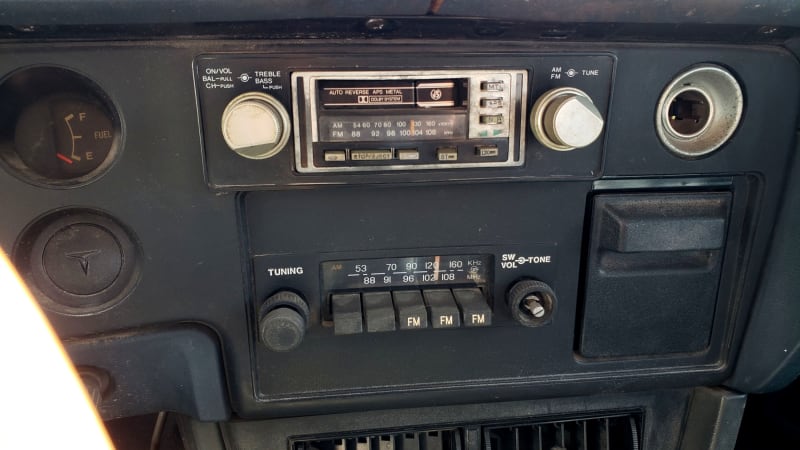 This nice Fujitsu Ten AM/FM radio was serious factory audio equipment by the standards of 1979 subcompacts. I don’t know how much it added to the price, but I’ll bet it came close to the cost of an automatic transmission. Yes, thieves would steal factory radios back in those days, even ones with AM-only reception. 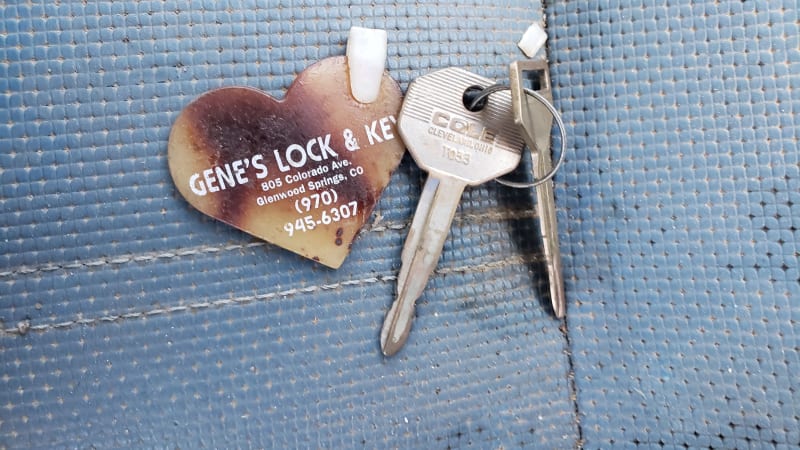 The keys were still in it, so perhaps it was a trade-in. I think it more likely that this car just got parked in a driveway or yard 20 years ago and then sat bleaching in the Colorado sun until someone got tired of looking at it. 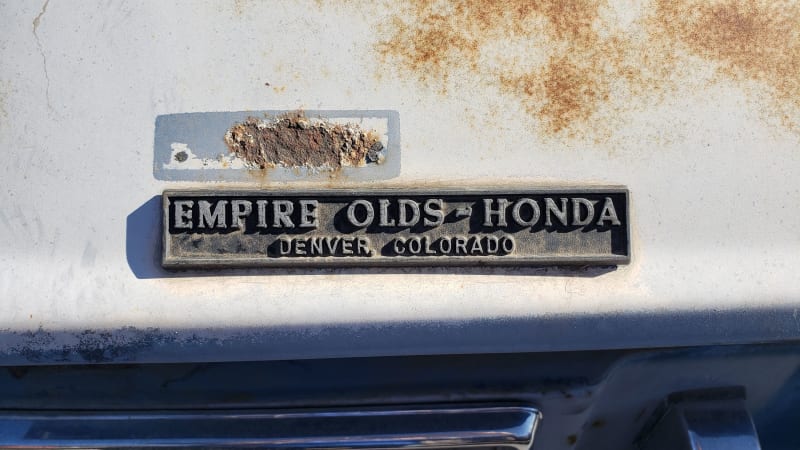 They’ve used little or no road salt along the Front Range in recent decades, so this car shows very little rust. It’s a shame it didn’t get rescued and put back on the road, but the local car freaks have all the projects they can handle. 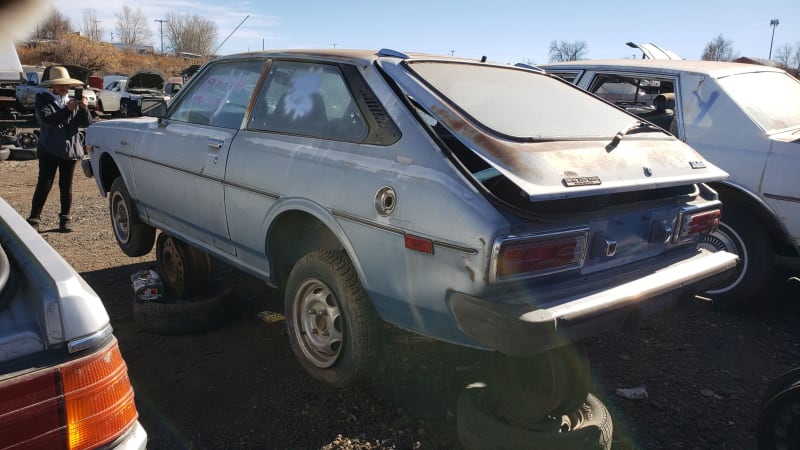 The fourth-generation Corolla debuted on our shores for the 1980 model year. It still had rear-wheel-drive and the resulting cramped interior, but it was a little bigger and looked more modern.

What car do you buy if you need to transport three cellists and their axes?

Is that the nerd version of Hugh Hefner doing some Corolla shopping on his lawn? He has the pipe, sunglasses, and robe.