The Insurance Institute for Highway Safety just completed its first round of seatbelt reminder evaluations, and it didn’t go so well. Subaru was the only manufacturer to receive full “Good” marks on some of its cars, as every other car tested fell short of the mark.

In total, the IIHS tested 26 cars for this first set. The new ratings program categorizes seatbelt reminder systems into the same buckets as it does for crash testing: Good, Acceptable, Marginal and Poor. The requirements to earn a “Good” rating are somewhat convoluted to explain, so we’ll paste the IIHS’ explanation below.

“To earn a good rating, a seatbelt reminder system must generate an audible signal and visual alert on the dashboard display, overhead panel or center console when the vehicle is moving at least 6 mph and the system detects an unbelted occupant in one of the front-row seating positions or the unfastening of a second-row belt that was previously buckled.

“Along with other specifications, the audible alert must be loud enough to be heard over the background noise in the vehicle cabin. If the seatbelt of an occupied front-row seat remains unbuckled, the visual and audible reminders must last at least 90 seconds. If a previously fastened second-row belt is unbuckled, the reminders must last at least 30 seconds. A visual indicator that appears when the driver starts the vehicle is also required for the second row.” 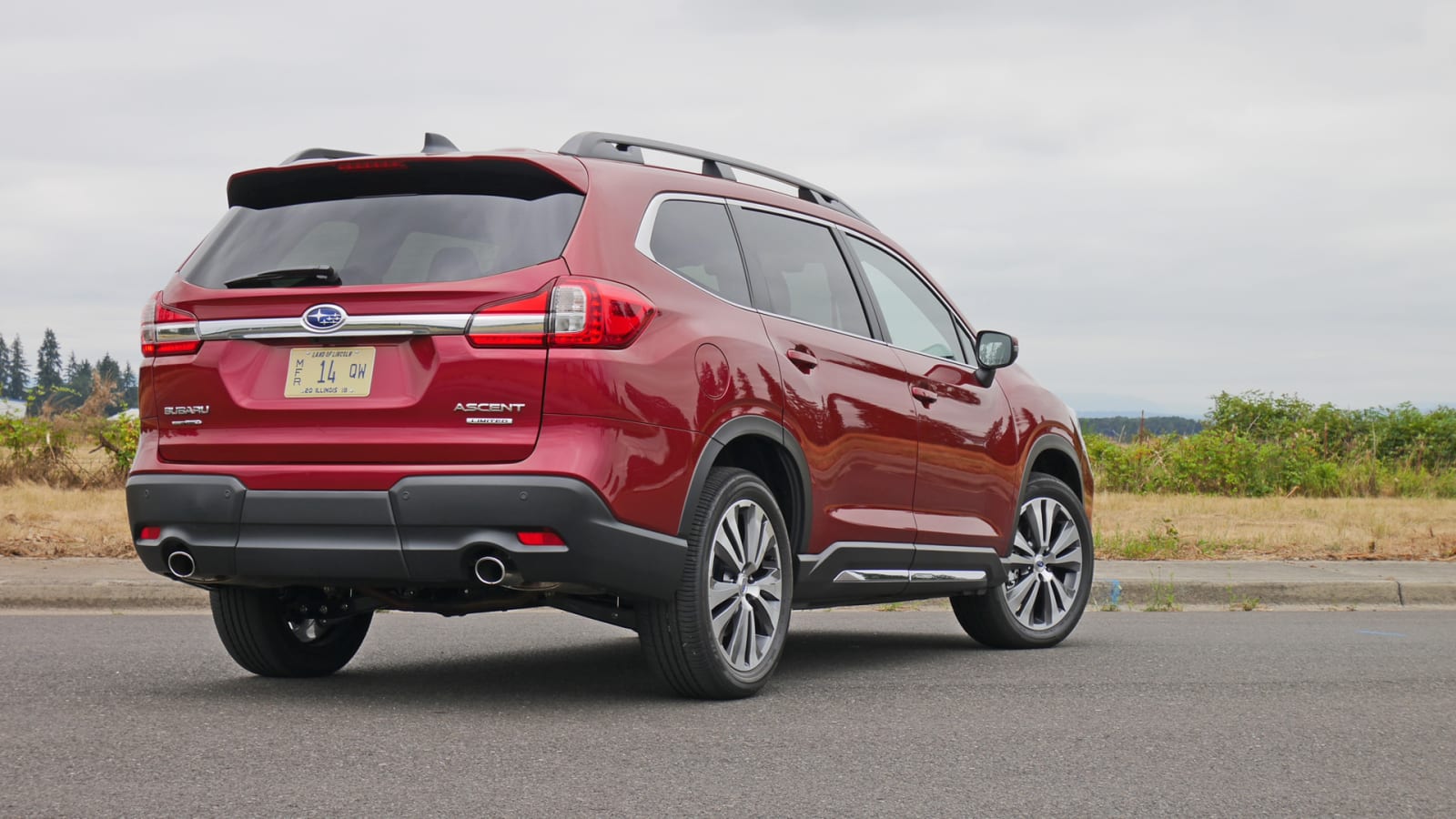 Hopefully, that all makes sense. Almost all of the vehicles with “Poor” ratings received such scores because their audible alerts lasted less than 8 seconds. Meanwhile, Subaru is the only manufacturer to meet every one of the IIHS’ stringent requirements, as both the Ascent and Forester passed the tests. The IIHS didn’t test other Subaru models, but Subaru made it clear that it supports the IIHS’ efforts in this space.

“Subaru supports IIHS’s resounding efforts to spur the industry to achieve higher levels of vehicle safety and occupant protection,” said Thomas J. Doll, CEO of Subaru of America. “We are thrilled to hear Ascent and Forester received top ratings for their new program.”

The IIHS is introducing this new seatbelt testing because its studies show that more noticeable and persistent alerts to buckle up result in more seatbelt use. Ultimately, the IIHS suggests that better seatbelt reminder systems could result in 1,500 fewer traffic fatalities a year, due to the safety systems encouraging folks who don’t typically buckle up to do so.

“Most Americans use their seatbelts, especially in the front seat. But the small number who don’t translates into a lot of fatalities,” says IIHS president Dacid Harkey. “Almost half of the drivers and front seat passengers killed in crashes in 2019 weren’t belted.”

The IIHS suggests that most of the vehicles scoring “Poor” ratings in this test could easily be bumped up to “Marginal” through simple software changes. Lengthening the duration of the audible alert would do the trick, and that wouldn’t require any new hardware from the manufacturer.

If you want to see the full list of cars tested and their scores, that can be found here.

Electric Indy 500? ‘It’s among the most interesting questions in motorsport’